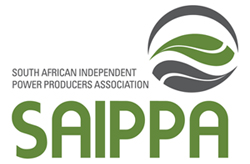 In general terms, an energy transition occurs when there is a change in the dominant energy fuels, and their associated technologies, used in a defined economic system (Sovacool, 2016).

A JET seeks to limit the negative social effects of the energy transition, particularly on workers in the Coal industry.

SAIPPA has based its programme on the fundamental belief that the South African energy transition requires a Plan that enables and supports the steady, inclusive and considered transition away from an historically carbon-intensive economy with centralised power supply, toward a low-carbon, less centralised energy system while creating new economic opportunities for all.

In keeping with its mandate, SAIPPA will focus on the unique contributions that can be made by IPPs in this rapidly evolving, complex context. The programme is technology agnostic, prioritises consideration of Coal, Gas and Renewable energy value chain effects in transition. SAIPPA supports transition to a least cost energy mix.

The assumptions embedded within this view

Topics that will be covered in the SAIPPA programme